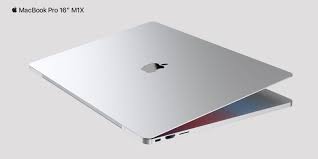 If you’ve been looking for a new Apple laptop, there are many different options to consider. You could get a MacBook Pro, MacBook Air, or an M2 processor MacBook. There are many pros and cons to each, so it can be difficult to decide which is the right one for you. However, if you follow our advice, you should be able to find the best fit for your needs.

The Apple MacBook Air is a series of notebook computers, originally launched in 2007. The MacBook Air is a lightweight laptop with a full-size keyboard and a thin, machined aluminum case. It was originally positioned above the previous MacBook line as a premium ultraportable, but it was discontinued in 2011. In the past few years, the Air has been positioned below the MacBook Pro and has become Apple’s entry-level notebook.

The MacBook Air is available in several finishes. The MacBook Air features a tapered-edge design and is thinner in the front than the back. Its screen features True Tone technology, which uses sensors to adjust color temperature. Its resolution is 2560 x 1600 pixels and delivers 227 PPI. It supports the P3 Wide Color spectrum.

The MacBook Air has a slim aluminum casing. It is 0.16 inches thick at its thinnest point and 0.76 inches thick at its thickest point. The machine is thin enough to fit in a small purse or messenger bag. It also has a built-in microphone and speakers. Furthermore, it has Bluetooth wireless technology and an embedded iSight camera.

The Apple MacBook Pro offers a variety of storage capacities and processing speeds. The 16-inch model, with the M1 Max chip, includes a ‘High Power’ mode designed for intensive workloads. This mode increases the fan speed in order to increase performance. It can be enabled under System Preferences, under Battery > Power Adapter > Energy Mode. When the machine is connected to a power source, this mode ramps up the fan speed to handle the increased demands of the M1 Max chip.

The MacBook Pro is available in silver or space gray. The fourth-generation model was introduced on October 27, 2016, and has a new Touch Bar, a multi-touch-enabled strip that replaces the function keys. The Touch Bar also features a Touch ID sensor. Apple also added a new butterfly-mechanism keyboard and thinner bezels.

The MacBook Pro also has an HDMI port that lets you connect an external monitor or projector. The device has plenty of ports and an excellent display. If you’re looking to buy a new laptop, the Apple MacBook Pro is a great choice. If you’re looking for a high-performance laptop, you’ll find a number of other models with better specifications.

The MacBook Pro has 32GB of RAM and an 8TB SSD. Its battery life has been tested to last up to 14 hours, 8 minutes. Its 14.2-inch screen is designed with a resolution of 3024 x 1964 and a refresh rate of 120Hz. The brightness of the screen is also impressive, with 1,600 nits of peak luminance. The MacBook Pro weighs just over 4 pounds and is available in a range of colors and sizes.

With its ultra-thin aluminum enclosure and next-generation M2 chip, the new Apple MacBook Air will supercharge your computing experience. This device combines incredible performance with up to 18 hours of battery life. Its sleek aluminum design makes it a must-have for the tech-savvy traveler.

The new MacBook Air has a display with a resolution of 2560 x 1664 pixels, 500 nits of brightness, and True Tone technology. This feature allows images to look more natural and colorful. It also has a Force Touch trackpad, similar to those found on previous MacBook Pro models.

The Apple MacBook Air 2022 will be available for pre-order starting Friday, July 8, at 5 am Pacific time and 1 pm UK time. The company expects to begin shipping the new models on Friday, July 15th. While pre-orders are unlikely to sell out, it is possible that the shipping dates could change.

The Apple MacBook Air 2022 has a brand-new design. It is the first MacBook Air to get a redesign since 2010. The new model does away with the tapered chassis and introduces a flat body similar to the MacBook Pro. The new MacBook Air is also thinner and lighter, making it much easier to carry around.

MacBook Air 2022 with the M2 processor

The MacBook Air 2022 with an M2 processor combines blazing performance with the thinnest chassis in the industry, continuing the tradition of Apple’s ultra-thin laptops. It matches or exceeds the performance of the entry-level MacBook Pro 13.3-inch 2022 (M2 Processor) in some areas. You can buy this laptop for as low as $999 and save over $150.

The screen on this model is also a big improvement over the one in the previous generation. It is now much brighter, at 500 nits, making it a great choice for outdoor use. Although the resolution may not be quite as high as that of the MacBook Pro 2022, it is still good enough for video calls and other tasks. Another significant feature is the M2 processor, which provides 18% faster CPU performance and 35% faster GPU performance than its predecessor.

The updated MacBook Air with an M2 processor will include the same eight-core processor as the previous model, but with two additional graphics cores. The new M2 chip also consumes fewer resources than the M1 chip, making it more efficient and capable of delivering faster performance. It also supports up to 24GB of RAM, giving it 50 percent more memory bandwidth than the previous model.

The M2 processor found in the MacBook Air 2022 comes in two versions – with eight or ten GPU cores. The eight-core model has 256GB of base storage, while the 10-core model boasts 512GB of storage. The 16 and 24-GB models are also available with two separate storage options – a 128GB model and a 2TB model. Both models have a 2K LED display that uses Apple’s Liquid Retina technology.

The new MacBook Air model comes with a new design – it looks like a more compact version of the 14-inch MacBook Pro. Its design is sleeker than the M1 model, and its bezels have been reduced from the previous model. The new 2022 MacBook Air also comes with a redesigned keyboard with full-height function keys.

Apple has released a new MacBook Air with the latest M2 processor. While the first-gen model was already impressive, the updated M2 chip adds a host of new features. These include a faster Neural Engine, a new Media Engine, and improved Unified Memory bandwidth. Despite the updated processor, the MacBook Air with an M2 processor still suffers from some thermal limitations, especially under sustained workloads. However, most users won’t encounter any of these issues, since most applications don’t demand a high amount of power.

The new M2 processor also helps Apple meet its commitment to energy efficiency. The company is now carbon-neutral for its global corporate operations and aims to reach a net-zero climate impact in all areas of business by 2030. This includes the manufacturing supply chain as well as the lifecycle of its products.

The M2 chip in the MacBook Air is similar to the previous M1 chip, but the M2 version is bigger, thicker, and has more ports. This version costs $1149, so it’s a good deal for anyone looking for a new laptop. Just be aware that the SSD inside the M2 MacBook Air is much slower than the M1 version. It may also overheat. This is just a small price to pay for such a powerful machine. 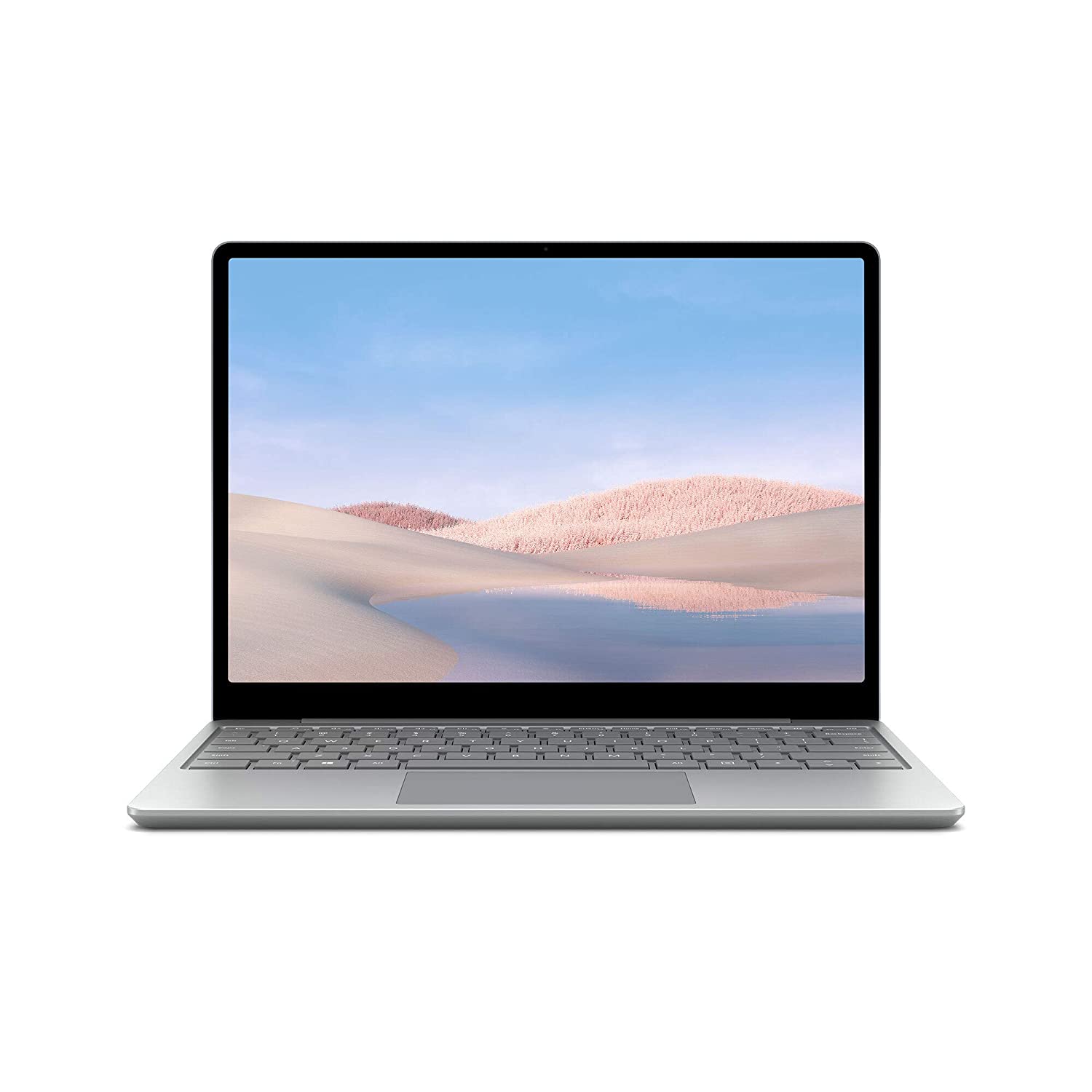